DOCTOR WHO fans can rejoice!

The new season has finally started and we get our view of the super talented JODIE WHITTAKER as the Thirteenth Doctor.

Some did not appreciate that the new incarnation of The Doctor would be a woman, but DOCTOR WHO fans has always been a weirdly supportive lot unlike other TV/Film franchises (looking at you hating Star Wars fans), and we have been waiting patiently to see Whittaker’s version of The Doctor.

But enough jabbering about show runners and fandoms, let’s talk about JODIE WHITTAKER‘s first episode entitled THE WOMAN WHO FELL TO EARTH. As a Bowie fan, I loved this title and I think he would have too.

Whittaker is often seen as a dramatic actress , but she shines in her comedic timing as THE DOCTOR. She rolls the best parts of the Tenth Doctor (witty and sharp), Eleventh Doctor (quirky and fun) and Twelfth Doctor (confident and serious) into one.

I feel like we finally have a full fledge Doctor, complete with sass.

The episode itself is the introduction of not only the new Doctor but as well as the 3 new companions. While it may seem unnecessary to some, it was a nice set up in how the 3 were connected and brought into The Doctor’s life.

We are also introduce to a new alien race called the Stenzas, a warrior race, with a deposition for keeping a piece of their kill. While I knew the reveal of the warrior was going to be big, I wasn’t fully prepared for the nightmares it will cause me tonight.

Overall, Whittaker commanded her performance in this episode. She was funny. She was comedic. She was confident and she just wowed.

I didn’t shed one tear when the TENTH DOCTOR regenerated, but this episode made me ugly cry.

I cannot wait to see what happens next.

Writer’s Note: Yes, I know I’m late the review game. I’m in Sydney, AUS and the show comes on Mondays at 6pm while I’m at work. 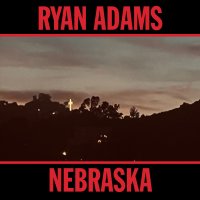