With the strum of the guitar on the song “Demons”, I feel like I am about to witness a gun fight between the good and the bad, perhaps like what went down at the gunfight at the O.K. Corral.

That feeling is very apropos considering the title for the debut EP from Bristol based, IOTA, is called Tyrants.

Neither the name of the EP nor the artwork invoke a scene of happiness and unicorns dancing in an emerald field but it does invoke confronting the dark oppression of emotions that may be lying in wait underneath the surface.

IOTA is confronting that oppression through the power of their female fronted band. Through Jodie Robinson, IOTA delivers raw, angry, and take no prisoners music. A mood and an energy I feel that has been amiss in a land of male fronted rock bands.

I’m sorry male readers, sometimes the best way to show raw anger is via a pissed off angry woman.

Without knowing her personally, I don’t know if Jodie is a pissed off angry woman, but her vocals sure do shine loud and bright as if she were one, and that is what I love the most about her voice.

In a world of cookie cutter syrupy pop vocals, Jodie’s vocals are unbridled, passionate, and enthusiastic and filled with scratches and rasp that make me think of Emily Armstrong (Dead Sara) and Courntey Love (Hole).

Jodie doesn’t bear the weight of IOTA on her shoulders alone. She is supported by Josef Parkes and Joe Dean on guitars, Sam Mattison on bass, and Thomas John on drums and the fellas hold their own behind Jodie’s powerhouse vocals.

The band wrote Tyrants during a strained period of time for each of them and recorded it at their self-built Omni Studios* and at Humm Studios with Ben Johnson (Skindred, Chaouche) and Idles‘ Lee Kiernan.

“Demons” kicks off the four track masterpiece that is Tyrants. Like I said earlier, it’s the few strums of the guitar that sets the tone for Tyrants but for me, it’s Mattison’s bass that lends itself to the dark mood of the song. It’s heavy and slick with a foreboding and intense anger. It compliments Jodie’s vocal angst wonderfully. At the breakdown of “Demons”, Parkes and Dean on guitar and John on drums amplify that sense of anger and angst as they kick everything up to eleven.

I previously wrote about “Ballet Box” and hearing it within the collection of songs in Tyrant, I dig the song even more. I stand by my previous statement of Jodie vocally holding her own against a thunderous bass, crunchy guitars, and driving drums.

Jodie says this about the inspiration of “Ballet Box”,

It’s about a ballerina inside of a jewellery box coming to life as the box closes. Inspired by the thought of the ‘object’ coming to life and how they’d never know what it was like to be outside of that box and nobody would ever know that they were alive. There was a play on the element of control and feeling trapped, fighting with that part of your mind. It’s very much a song about ‘Is there more to life and can we fulfil that void.

“Sometimes” is the most down tempo of the four tracks, but it is still heavy. The dynamic duo of Parkes and Dean on guitars shine in this song. There is a tit for tat play of intense and heavy against subdued softness that I really enjoy about this song. They have found this perfect balance between the two and it makes the song quite lovely. There’s also this wonderful ear catching wail of the guitars that is so goddamn infectious that it brings me joy.

Rounding out Tyrants, is the band’s latest single, “Control”.

The band says this of the song,

‘Control’ was formed in a headspace of feeling confined by people and unspoken rules in our lives; it was our way of fighting back. ‘Control’ started with Josef writing an instrumental guitar part. The chord progression felt aggressive but assured and imbued an emotion that we could all connect with. The instrumental helped us uncover themes that were ongoing in our lives. Lyrically, we wanted to put a positive spin on the band’s collective feelings and taunt the restrictions over us.

I give a stamp of approval on Mattison’s bass in this song. I’m a sucker for bass and I’ve even a bigger sucker for bass that reverberates through my soul and that’s what the bass in “Control” does for me. It immediately tells the listener this thrill ride through the song isn’t going to be easy, but it’s a ride that’s going to be worth it. “Control” is my favourite track on the Tyrants. For me, it showcases the band’s individual talents as well as their talent as a collaborative union. The song is sonically perfect.

I have one complaint about Tyrants – it is only four tracks. But goddamn those four tracks are an amazing 13 minute rockfest to the ears.

*On October 16, a fire devastated at Omni Studios, if you want to support Jodie and IOTA and the residents (Last Hyena, Empire of the Dust) of Omni Studios, please consider donating to the Go Fund Me to help rebuild and recover all that was lost in the fire. 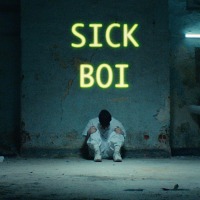 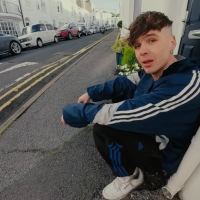 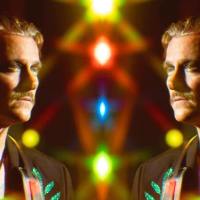 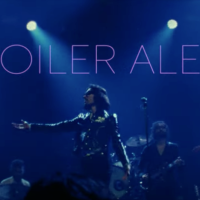 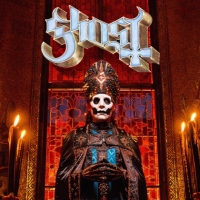