Since Ava has been burned, Raylan needs to find another witness to make the conviction against Boyd stick. So Art and Raylan head out to see Wynn Duffy, who turns out to be the rat Art has been hunting!   Raylan and Art pull him out of his tanning bed and essentially tell him they will make it public that he was the  one who turned in Katherine’s ex unless he helps them.  He informed one time, he can do it again.  (Side note: Jere Burns, the actor who plays Duffy is an avid surfer and was very tan when they started filming this season. The writers needed to explain how Duffy is so tan living in Kentucky, so they decided having a tanning bed would fit his character for sure.)   Duffy just needs to tell Boyd that Markham is moving the money out of the vault, forcing Boyd to rob them that night,  and get details on how he is doing it. Boyd steps up his time frame and tells Zachariah that instead of two weeks to set the explosives, he has two hours.  Markham is throwing a party for the town/engagement party so Boyd decides the robbery will happen then and sets his plan in motion. He knows Raylan is somehow behind it but also knows how much money is at stake.

We see Loretta again, pulling into her house and finding a snake in the kitchen with the head shot off.  The door opens and walks in Boon, a truly psychotic man (played by the brilliant Jonathan Tucker.  I totally geeked out when I heard he was guest starring as I have had a crush on him since he was in The Black Donnellys forever ago.) He is one of Markham’s men from Chicago and threatens Loretta in a purely Justified way, but Loretta is not one to back down.  She heads to Boyd and asks if he wants to partner with her, she’ll grow weed if he protects her.  Boyd agrees to allow the Harlan land owners to sell to her as well.

Pretty much the entire town shows up for the party at the pizza vault.  Boon introduces himself to Raylan telling him “You are everything I’d hoped for, right down to the hat”.  Raylan talks to Ava and she knows that he knows that Boyd knows.  You know?  So she tells him Boyd’s plan to rob the vault; she is to set a fire and Boyd will blow up the ground under the vault while everyone leaves the place. Money  will literally rain down on him.

Meanwhile Markham is trying to endear himself to the town by introducing Katherine as his fiancée.  But Loretta steals his thunder telling the town that she is true Harlan and offers to buy everyone’s land but allow them to live there while she farms it.  She explains she is in business with Boyd, pissing of Raylan (and probably hurting his feelings as he feels a fatherly bond).  Boyd is in the mine and once Zachariah shows him the explosives are in place, he tells Ava to start the fire.  The alarm sounds, people leave and Raylan tells Markham that he is getting robbed.

Below though, Zachariah has decided that Ava can’t marry another Crowder so chains Boyd to a rock under the explosives and leaves him there to die.  It was a pretty intense few minutes as he struggles to escape.  Luckily Carl hears him yelling, comes back and throws a pick ax his way.  Boyd is able to escape just as it explodes.  BUT…it was not strong enough so nothing actually happens in the vault.

So there are 4 more episodes left and the big discussion is who dies and who lives.  It has to come down to Boyd, Ava and Raylan.  It just has to.  Many people think Raylan has to live, but does he? He’s hated Harlan since he got there but it is who he is.   Isn’t there something more poetic and Justified-y with him dying in the town?  Isn’t it foolish for him to think he can have a happy ever after?   Then there is Boyd.  He has always been just as smart as Raylan but recently he is going off the rails and acting impulsively.  I don’t like it.  This Boon guy’s interaction with Raylan makes me think there is going to be a future gun fight between the two of them. And does Ava get her happily ever after?  And more importantly, what in the world am I going to watch when this is over? 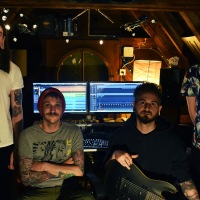 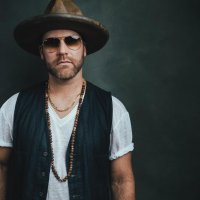